Sometimes, fate has a better plan in store for us than we could have ever hoped for, which was certainly true for Kemi and Dapo. Thank you both for letting Bridal Spectacular share your beautiful story and Las Vegas wedding with our readers! 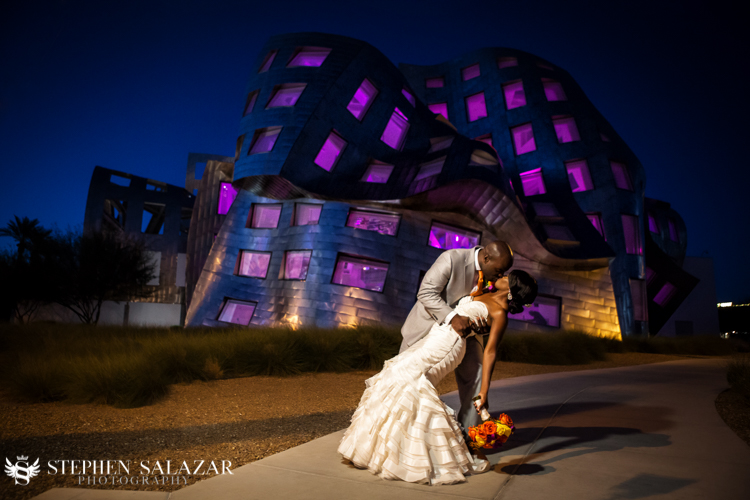 In 2012, Kemi was a doctoral student teaching summer school at UCF in Florida. A student in her class was friends with Dapo and had been texting him all summer letting him know he needed to meet Kemi. Later, Kemi and Dapo also discovered they had a mutual friend on Facebook and Kemi knew Dapo’s dad because he was a professor at UCF as well. Kemi and Dapo eventually began texting each other and then Dapo asked her out for coffee one afternoon.

In the few weeks that followed, the two started spending a lot of time with each other, but never called their time together “dates,” but instead they ended up having 27 “meetings” that summer. When it was finally time for Kemi to move to Las Vegas, Dapo said it was not over for them, but just another chapter. They then both drove to Las Vegas together.

When they arrived, Kemi asked Dapo to drop her off in front of her house and he oddly said no. Then when they walked up to the house together, Dapo wouldn’t let Kemi open the door, which she thought was quite strange. Little did she know that he wanted them to walk into the house as an engaged couple rather than just boyfriend and girlfriend. Dapo then hugged Kemi and started talking about the significance of him moving to Las Vegas and the meaningful step they were taking in their relationship. After nervously talking for about minute, Dapo then got down on one knee and said, “Oluwakemi Titilope Osidipe, will you marry me?” And she of course said, “Yes!”

A Glimpse at Kemi and Dapo’s Wedding

Kemi and Dapo got married on August 9, 2014 at the breathtaking The Keep Memory Alive Center. Boasting vibrant colors of orange, yellow and purple, Kemi and Dapo celebrated a day that was filled of their heritage, family and friends and, of course, love.

Kemi said what made their wedding so special were all of their guest. Out of the approximately 180 guests that attended, there were only ten who lived in Las Vegas and everyone else traveled from all over the U.S, U.K. and even Nigeria to share Kemi and Dapo’s special day with them!

To document their remarkable wedding, they selected Stephen Salazar Photography to be with them every step of the way. We hope you enjoy this glimpse of their stunning Las Vegas wedding as much as we do! 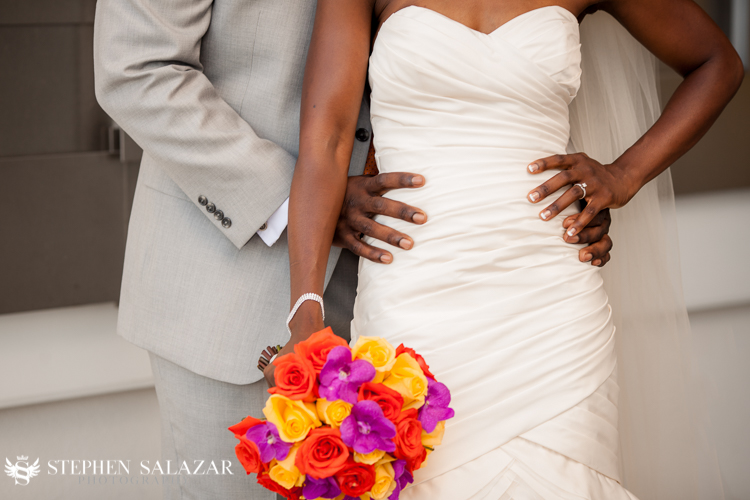 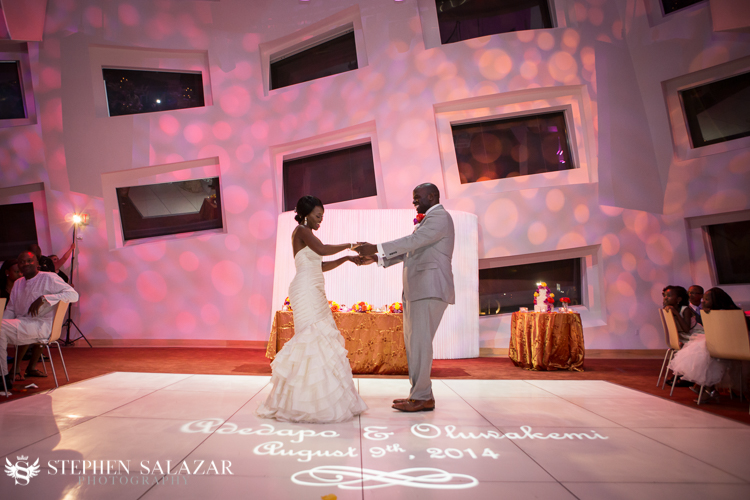 Stephen Salazar Photography is a creative group of Las Vegas wedding photographers who love to create amazing images. They love to think outside of the box and push their talents to the limit. Their photography style is modern, cutting edge and fashion-based, but can create images to fit any couple’s style. The Stephen Salazar Photography team works diligently to provide couple’s with a unique and customized experience that fits their individual needs and vision, providing the best in artistic wedding photography and videography.

Thank you to all of the incredible wedding professionals who helped make Kemi and Dapo’s gorgeous wedding possible: 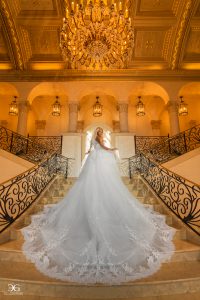